My name is Dan Clarke, and I'm an independent software developer with over 20 years of commercial experience. I'm a recently awarded Microsoft MVP, who's loves to get involved in the community - running two local user-groups (see below) and also contributing via blog posts and public speaking.

Originally from Lancashire, and now living in Oxfordshire, very happily married to the lovely Anna, with two amazing sons - Jack and Mason! 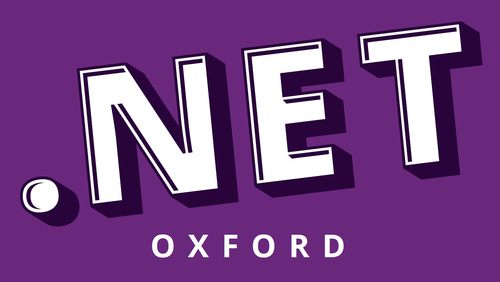 I run the .NET Oxford user-group, together with Matt Nield. Organising and speaking at each of our events, which has so far attracted on average about 70 attendees each time.

My blog posts about the meetup can be found here, and we now also have a dedicated website with the meetup notes: www.dotnetoxford.com.

I've also recently started my own podcast about software development. It's available in all major podcast apps, and can be found by searching for "Unhandled Exception". There's also a website with all the episodes, show notes, and comments.

I also run the more recently started Azure Oxford. The website with the meetup notes for Azure Oxford can be found here: www.azureoxford.com.

I started programming commercially in 1998 working for a small company developing 3D applications. In 2002, I decided that I wanted to work in the games industry, which is when I moved down to Oxford working for Razorworks (an Empire Interactive studio). I was there for 6 years until the studio was bought out by Rebellion, which was also in Oxford. At Rebellion, I was involved in games such as Alien vs Predator and Sniper Elite 2.

Up until that point, I was mainly programming in C and C++. After three years at Rebellion, I decided I wanted to leave the games industry and try freelancing from home for a bit, focusing on web development rather than games. I had already done quite a few years freelance in my spare time, so decided to give it a go full time. Unfortunately, whilst I had the work, I found that working full-time from home wasn't for me at the time. I missed having people around me too much.

Whilst at this point, I had still done quite a bit of .NET development interspersed between C++ and PHP - I wanted to focus on it more and treat this as my primary development platform. I started working for an ecommerce company helping develop their platform. This was using ASP.NET Webforms, and heavily involved various integrations, including different payment gateways - eg. Cybersource and Paypal.

I was there for just over three years before moving to Centrix Software. Unfortunately after just 7 months there, Centrix went into administration, and the entire company was made redundant. I'd be considering the move to contracting for quite a while at this stage - so this was the perfect nudge to give it a try! I've now been contracting for a year and a half, working for different clients, and love it! I've been really lucky in that I've worked with some great clients, which has made the transition to contracting especially easy.

Outside of work my main interest is still programming and technology, and I also enjoy playing the guitar. In the past, I've been heavily into skydiving where I got to 250 skydives and was on a rookie formation team. I've also enjoyed many years of motorcycling, which I now no longer pursue due to being a parent!

I've started this blog because I love reading and talking about programming and technology in general, and felt the urge to write as well as read. I hope you enjoy it, and would love to hear your feedback and comments.