It's close to the end of another year already! And whilst in some ways, it feels like it has flown by - in other ways, an awful lot has happened! The main thing this year has definitely been .NET Oxford. Our first meetup was only in January, which is a very short amount of time really. It feels like it's been around for much longer!

I won't talk too much about .NET Oxford, as I have written plenty of blog posts about both starting it up, and also one for each event we've had. However, I will talk briefly about it from a personal point of view...

Our first ever event was in January of this year. Other than my wedding speech - this was my first ever experience of public speaking! Whilst in the lead-up to the event, I wasn't nervous at all - when it actually came around, and people started to arrive - this is where the nerves kicked in! When rehearsing, I was confident - using arm motions, etc. At the event itself - I was pacing the stage with my hands in my pockets. I got through it, and didn't forget what I wanted to say - but was certainly far more nervous than I had expected to be!

Since then, I've done most of our intro talks, a couple of lightning talks (see here and here), and also an hour long full-length talk. I also did a short talk at the Oxford Mega Meetup about starting .NET Oxford. As well as doing a couple of talks at a company I'm currently working with.

I found that it didn't take many talks at all for the nerves to disappear, and it quickly became quite addictive! I'm looking forward to more public speaking in 2018, and one of my goals is to submit a talk (and hopefully be accepted!) to a conference. I'm aiming for one of the DDD events.

Another big thing that running .NET Oxford has brought, is the people I've met. At each event, I find I get chatting to someone new - as well as getting to know our regulars better. It really has shown me what a fantastic developer community Oxfordshire has!

Everstack is the company I founded - which is currently just myself. At the moment, just focusing on two long-term clients. When our primary client wanted to renew earlier this year - I asked if we could drop the contracted weekly hours from 5 days to 4, which they agreed on. This allowed me to dedicate a day each week to the other client, which I'd so far only been doing on-top of the full five-day week. This second client has recently agreed the need to rewrite their very old out-dated Winforms app that they use internally, to a more modern cloud-based multi-tenant solution which can be used both internally, and by their clients. This meant that I could treat it as a greenfield project, and use more modern technologies, like ASP.NET Core, Angular, Azure, etc. I'm really enjoying doing this project, and it has given me the very rare opportunity to do a larger project solely with technologies that I've personally chosen.

Everstack is also a secondary sponsor of .NET Oxford, covering a few smaller costs, as well as of course an awful lot of my own time.

Outside of work, at the very end of last year, we moved into a new larger new-build house. So this has been our first year in our new house - which has been amazing! It was a stretch, as we decided to upgrade quite a bit from our previous house to avoid having to move again later down the line. We love it here, and I feel very lucky that we're in a position to have such a decent sized house for our kids to grow up in. I also feel extremely lucky to have such an amazing family to share it with. A massive thank you to my wife for being so supportive!

Speaking of our kids - both Jack and Mason are getting bigger by the day! Jack will be 4 in January, and starting school next year! And Mason, who's 19 months, is now just starting to say words. Sleep's still pretty bad with Mason - but Jack only started sleeping through at 2 years - so hopefully in another 6 months, all will be well!

My new year resolutions are pretty standard really ... get more exercise, spend more time with family, get back into learning the guitar, read more books, blah blah blah, etc. etc. I tend to have the same ones each year - and to be honest, I'm not that bad at any of those things anyway (perhaps with the exception of the guitar, which I really need to get back into!).

I guess the main commitment that I'm making (as mentioned above), is that I'm going to submit a talk to a conference (probably one of the DDD conferences), to take my public speaking a level further. And of course, I'll continue to manage .NET Oxford.

Anyway, 2017 isn't over quite yet! I'm writing this blog post on the train home on my last day of work before Christmas. Looking forward to spending a great Christmas with my amazing family!

Hope everyone has a fantastic Christmas and New Years - see you in 2018! 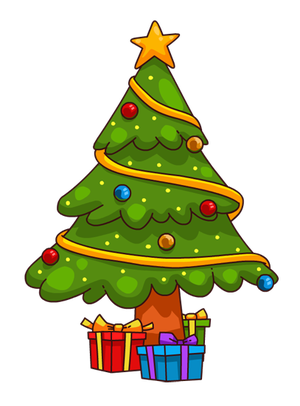